What is the future of children, technology, and privacy? Part two – I love you robot

What is the future of children, technology, and privacy? Part two – I love you robot 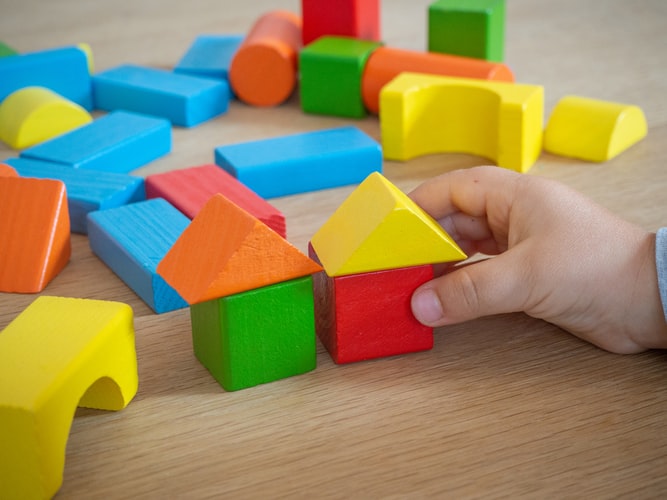 What is the future of children, technology, and privacy? ia a lecture delivered by Nikolas Badminton at the Googleplex in Mountainview, California at Google at the 2018 3Q Partner Conference.

Are we choosing to put our children in a situation of voluntary surveillance and data submission? What can we do as parents, and what can the technology companies building the apps and platforms our kids use do?

Here we have part two of  the full transcription – ‘I love you robot’ – of Nikolas’ presentation at Google at the 3Questions Summit and his highly-regarded keynote “The Kids are Alright”. It has been (very slightly) edited for clarity and flow. You can see part one here.

I love you robot

Even at an early age, these kids are starting realize that, oh, you know, I for one welcome our robot overlords. What did you just say? Where’s my iPad?

Then I like to think about what I call kid economics.

It’s never been easy to persuade kids to do things like mowing the lawn, taking out the trash, doing their homework. I mean, this is kind of my biography. I was a terrible kid. Now we’ve got platforms.

ChoreMonster can reward your kids for doing the chores that you need them to do, and parents can look at what’s happening, and we can track the goodness of our family through digital.

Does anyone use Sweatcoin? Someone came up to me in Toronto after an event that I ran there (Dark Futures), and they said, oh, have you seen this? My kids will use this at lunch times and at break times, they run around the playground as fast as they can so they can earn Sweatcoin. This isn’t like a cryptocurrency. This is actually, it just creates tokens, and they can buy things online. What’s happening with that data?

In New Zealand they have Magical Park. Kids run around parks and you create this wonderland. And kids are finding that they’re running for about 30 minutes with these augmented reality apps. Wait a minute, you don’t look around and enjoy time with your friends, you’re running around with an iPad, and it’s kind of a cool idea.

Identifiers and imported code (in apps)

Unfortunately, we’ve got a situation of identifiers and imported code. So, hardware devices have got addresses. Cloud services have got locations. They may change often. And then you’ve got applications which have got terms and conditions and ways of storing data. Those identifiers could carry on and carry on, and people can know where your kids run.

The imported code is generally not checked, it was found in a number of different studies by the FTC, and by the Washington Post, that people don’t check the imported code that advertisers give to app developers. And they say, oh yeah, we’ll just copy and paste it in, it’ll be fine. And we just write the terms and conditions, hey, you know, we might advertise to your kids.

Unfortunately, out of 5,000 apps, there was under half of the apps with very clear terms and conditions. Those terms and conditions, and the lack thereof, has meant that we’ve been lulled into a false sense of security that our kids are safe. It’s not. Everyone’s selling data to everyone: a message for parents and teachers.
You have to teach and encourage boundaries of fair usage, responsible use of devices and social media. And there’s a hierarchy of compliance.

Then I think we’re walking through a really strange world. Clarity of vision. Do you remember when baby monitors were hacked and put on the internet a few years ago by a Russian guy? That was worrying.

From Google Glass to Snap to Augmented Reality

I’ve got a great friend who designs the Meta 2 headset, and the applications from within that and the user experience. This augmented reality world is gonna come to us, and it’s gonna remove the screens that we look at, and we’ll be having a reality in the room that we know doesn’t really exist, and it feels viscerally real.

From Hyper Reality to Amazon’s Alexa to self-driving cars

That’s a short excerpt from a video by Keiichi Matsuda. It’s called Hyperreality. It’s about 12 minutes long; you should go and watch that. It’s like a vision of the future. It was filmed down in Medellin in Colombia. It was a crowdsourced campaign, raised over a million dollars.

They created this incredible vision of the future. Slightly dystopian as well.

Hands up, who’s got an Alexa device at home? Yeah? Well, your kids have got a new big sister, and they don’t need the parents anymore to answer any questions at all. Mattel have just actually started a project called Aristotle cause it was too creepy to give their kids voice control to assist in their home.

Amazon pretty much within a month, actually, launched the Echo Dot for kids, where it teaches your kids manners. You know, the parents are being removed out of the way. Let’s start kids early so when they get their first credit card at the age of 18, they’ve become those really true, loyal customers with us.

Then we’ve got self-driving vehicles, they’re gonna be driving around, and they’re gonna be scanning the world. Google’s mapping cars aren’t going to exist in the future. Every single car that’s got cameras on board will be sharing that data, and there’ll be brokered, licensed agreement that we’ll probably sign away when we actually sign into our vehicle when we get in to be driven around, ’cause it’ll be self-driving. So, we’re kind of walking into surveillance capitalism, one cool service at a time. Something new comes along, oh yeah, I’m an early adopter, let’s go for it. This is about responsibilities and who we are.

Design, as a whole, of these applications and infrastructures needs to come from people that are experienced in family units. I also think that there should be more women designers involved in all of this, where a deeper level of empathy is apparent in the design. I think the terms and conditions should be simple.
I don’t think we should sell any data related to any of our children’s activities. And, that should go from the cloud to the hardware to the application level. I think we’ve become lazy as application developers, and just, yeah, we’ll just copy and paste, we’ll get our lawyers to go through the terms and conditions, it’s standard for everyone in the industry. Maybe we can make a new decision about what privacy means in the modern age.

Are the kids alright?

Nikolas Badminton is the Chief Futurist at futurist.com and a world-renowned futurist speaker, consultant, researcher, and media producer. He helps trillion-dollar companies, progressive governments and the media shift their mindset from “what is” to “WHAT IF…” The result is empowered employees, new innovative products and incredible growth that leads to more revenues and a more resilient future.

Nikolas provides the opening chapter – ‘Start with Dystopia’ in a new book – ‘The Future Starts Now: Expert Insights into the Future of Business, Technology and Society’ for Bloomsbury. He is currently researching and writing a new book that equips executives and world leaders with insights and foresight tools to imagine disruption, strengthen strategic planning, and see unforeseen risks.

Nikolas is a Fellow of The Royal Society for Arts, Manufactures and Commerce – The RSA. The organization has been at the forefront of significant social impact for over 260 years with notable past fellows including Charles Dickens, Benjamin Franklin, Stephen Hawking, Nelson Mandela, and Tim Berners-Lee.

Nikolas Badminton is an international futurist keynote speaker, researcher, and media producer. He helps trillion-dollar companies, progressive governments and the media shift their mindset from “what is” to “WHAT IF…”