As high school physics classes teach us, there is difference between speed and velocity. The former is directionless, the latter has both pace and direction. We presently have a direction deficit. Despite the noise around the acceleration of technology and the exponential pace of change, for billions of young people across the world, the future has never been more limited.

This is a hard future to sell. It is hard to rally people around self-sacrifice without the credible possibility of a future personal or professional payoff.

Without the hope of progress, we risk trapping future generations in postalgia.

Postalgia is a hankering after the present, similar to nostalgia, openly instead of a hankering after the past, postalgia is the sense that things right now are as good as they will ever get. It is inherently pessimistic. In particular, postalgia is an affliction that takes hold of developed (as in “completed developing”) nations and civilisations that due to arrogance (or despair) believe the best days are here and now. Is is an articulation of the apathy and decadence found in decaying, stagnating societies.

The postalgia we see today, as evidenced by growing deaths of despair in the USA and the hikikomori phenomenon in Japan, is the result of the long slow decline in wages vs productivity and equality we have seen since the 1970s. It is the result of the pointlessness of pervasive post-postmodern philosophy without belief in anything beyond the here and now. It is the trap of being caught in the infinite now without a past we can be proud of, and without a future worth believing in, without any unifying grand narrative follow, without any substantial vision to work towards.

We, as individuals and as societies need something worth believing in, a purpose worth working towards, a vision worth building for the long now.

As futurists and leaders, we can and should do better. After all, the essence of progress is doing more with less; a challenge humanity has risen admirably to over the millennia. It is our responsibility to design and develop alternative radical, yet pragmatic futures where progress is compatible with sustainability. As Fred Polak wrote in The Image of The Future in 1961:

“Images of the future are images of the totally other, and they are revolutionary and radical in nature, or they are nothing at all.”

There are very few individuals and organisations today dreaming up revolutionary futures.

Public policy is focused on sustainability and redistribution, even to the point of degrowth, rather than on applying the best minds of our age towards resigning radical new protopian socio-economic models that offer both pragmatism and progress.

Meanwhile, the biggest, most successful businesses in the world today are generally to be found in the businesses of speed, economies of scale and efficiencies. The platform business and financial business that dominate our stock markets are in the businesses of connection, distribution (and re-distribution), rather than in the business of creation and design. Accelerator business models of this sort do not represent new or radical futures, so much as faster versions of our directionless present.

However, businesses and nations that are focused on speed rather than velocity are in danger of extinction as they attempt to scale their nominal, financialised world beyond the capacity of the real world that really matters to flesh and blood human beings.

An organisation without a clear purpose, and without the strong leadership to both articulate and rally other people to fulfill that vision does not have a viable future.

This is both the challenge and the opportunity. We have a severe shortage, in both the public and the private sector, of both radical futures and real leaders. This means, investing in the future is a not only a source of competitive advantage, it is also a space with very little competition. The future belongs to the individuals and organisations who are able to provide a convincing vision of a future worth working towards.

[Bronwyn Williams is the newest member of the Futurist.com Think Tank, from South Africa. Contact us for presentations, consulting, and interviews.] 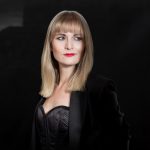 Bronwyn is a futurist, economist and trend analyst with academic credentials in marketing, economics, foresight, and future studies. Her day job involves helping business leaders to use foresight to design the future they want to live and work in. When she's not talking to brands and businesses about the future, you will probably find her curled up somewhere with a (preferably paperback) book.