Life in the clouds of Venus

Life in the clouds of Venus 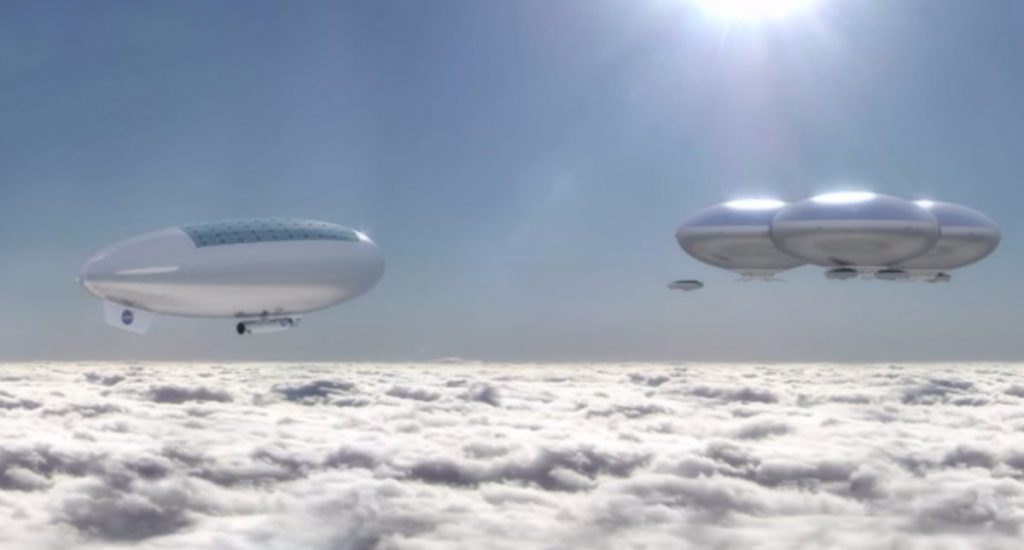 Floating Ships Above Venus, as envisioned by NASA Langley

It would be astonishing though not wholly unsurprising to find life in the clouds of Venus. Scientists today announced they have discovered strong evidence of possible microbial life.

As long ago as 1967 Carl Sagan and other scientists wondered if life could find a habitable zone in the Venus atmosphere. It is vastly too hot on the surface of Venus, though the planet itself was once thought to be Earth-like and capable of supporting life.

The discovery of phosphine in the clouds is the clue. This molecule is produced on Earth by anaerobic life systems and “is found in swamps and sewage plants and the bottoms of lakes, she says, as well as in the intestines of animals.” The gas is volatile and disappears quickly, so unless there is some non-living mechanism for producing it on Venus, it may be being produced and reproduced by living organisms.

Pretty dramatic, pretty exciting news. Maybe we will all visit and see this life up close some day.