Did you know that this June 2019 is Internet Safety Month? Would you like to protect your future on the Web? I have been on the Net basically since it started, and certainly since the Web era. On two different occasions I’ve experienced successful attacks. One was an early email phishing attack in which email recipients were enticed to click on a link. This was early days, before such attacks became well known. The consequence? Email addresses that I had interacted with all then received the same request. Since then we have all learned to be suspicious of unsolicited requests to “just click this link.”

The other attack was on the Futurist.com web site itself. This one involved a spoofing attack. Using a flaw in a WordPress plugin, the attacker was able to place a page hidden within the Futurist.com database on the cloud server. This page looked just like a national bank page, a well-known brand, and that page could be sent to email addresses obtained elsewhere by the attacker in order to ask recipients to “confirm their account information.” This attack was noticed by the Bank in question, who contacted the web service cloud company, which took Futurist.com off-line until the hole in the plug-in was fixed. It was an easy fix, the phony page was deleted, and the site was back up quickly. But it was a major lesson in web site safety.

Now, in this blog we offer some advice on staying safe on the net, assisted by some research from a Symantec connection. The future Web will continue to challenge us in terms of maintaining the level of privacy and security that you want. The advice here will be familiar to you – the question really is how often you actually follow these best practices.

We want to highlight the importance of Internet Safety Month. What does this mean exactly? This means that it’s time we address the general concern around privacy on the Internet and how we can modify the way we use the World Wide Web. We’ve compiled some best practices to keep in mind for a safer Internet experience comprising of various categories: 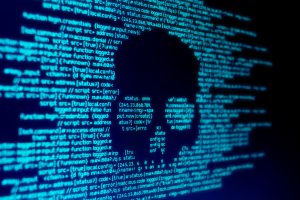 Cybercriminals will steal an estimated 33 billion records in 2023. That’s according to a 2018 study from Juniper Research. Don’t let yourself be one of those records…Use some of these best practices and implement them on a daily basis to ensure you’re being the safest you can be while using the Internet.