The future of the office

The future of the office

Cisco called me for an interview on the future of the office. You can check out the full interview here, but among the things I shared were:

“How will those change over the next decade? The answer, surprisingly, is that the office will change less than we might think—not more, Hiemstra says. Not because technology will stall during that time. Only that radical change usually requires more than a decade to settle.

Today’s office, for instance, looks more similar to than different from the office of 2006. “But there are substantial differences,” Hiemstra says. “Desktop computers, for example, have largely been replaced by a cadre of laptops, tablets, and corporate issued phones for many workers.”

That’s a trend that will increase over the next 10 years, Hiemstra adds, as workers spend less time at a fixed desk and more time roaming various working spots with laptop and smartphone equivalents. “So offices will continue to migrate toward shared spaces, lounge areas, and flexible meeting rooms.” And if the aspirations of self-driving cars come true, many of us will use interior cabins as mobile workspaces while our cars drive themselves.

As you might expect, by 2026 there’ll be more video meetings conducted. But rather than being something we periodically engage in today, video calls “will simply be the worldwide norm” in 10 years, Hiemstra suspects.”

More at the full article 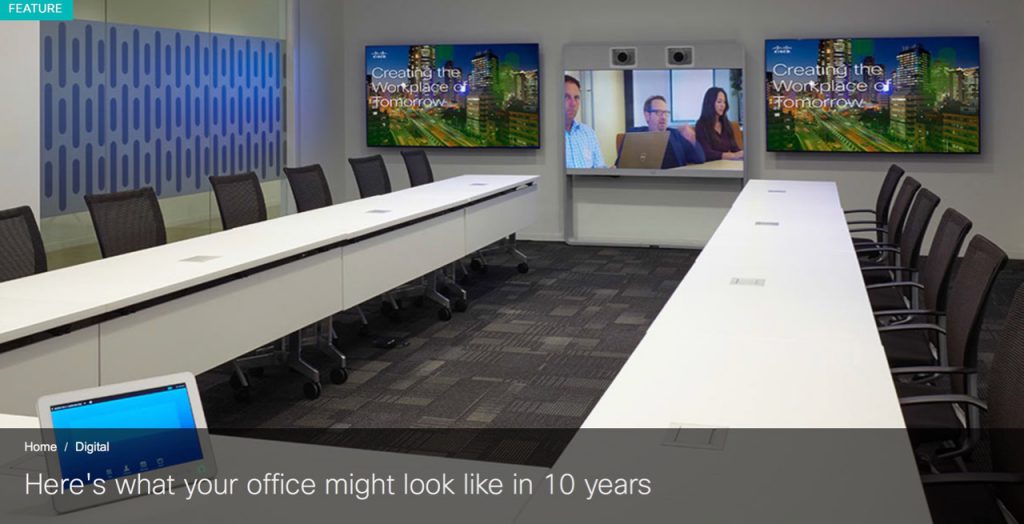