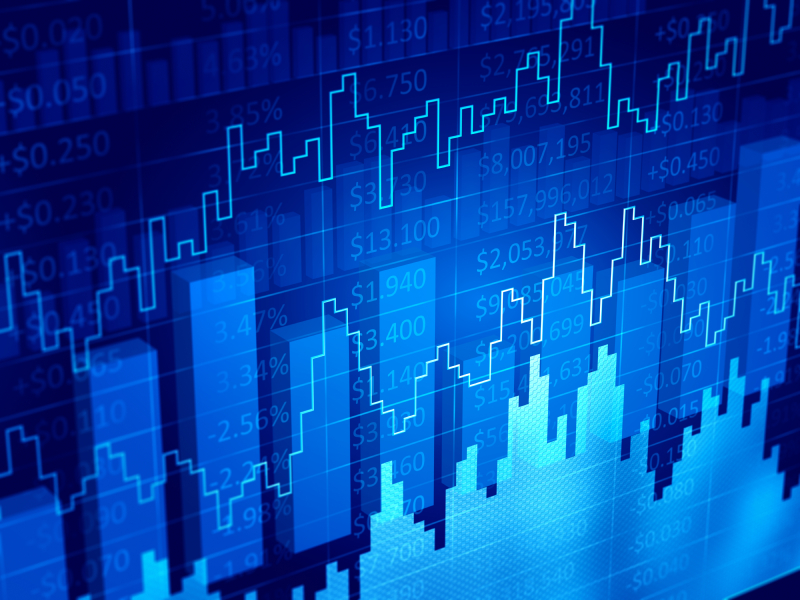 Let’s discuss the future of retirement in the United States. For a few brief decades after Social Security was established, and after World War II, a majority of Americans could look forward to relying on the proverbial “three-legged stool” for retirement income. The three legs included defined benefit private pensions, personal savings, and Social Security. As recently as 1980 some 60 percent of private sector and virtually all public sector employees qualified for a defined benefit pension. When added to their social security, and any savings they had, a generation anticipated the most comfortable retirement in U.S. history.

That reality is slipping into the rear view mirror now, and current and future retirees are much more likely to rely for income on just two stools, personal savings (401K, IRA, savings accounts, home equity, etc.) and Social Security. Such is the system that has emerged over the past two to three decades as private pensions become a thing of the past, and defined benefit pensions disappear from the public sector.

In short, future American retirees are being counted on to save for themselves, and to live on whatever that savings may be, plus Social Security. So the question is, what does that saving look like right now? 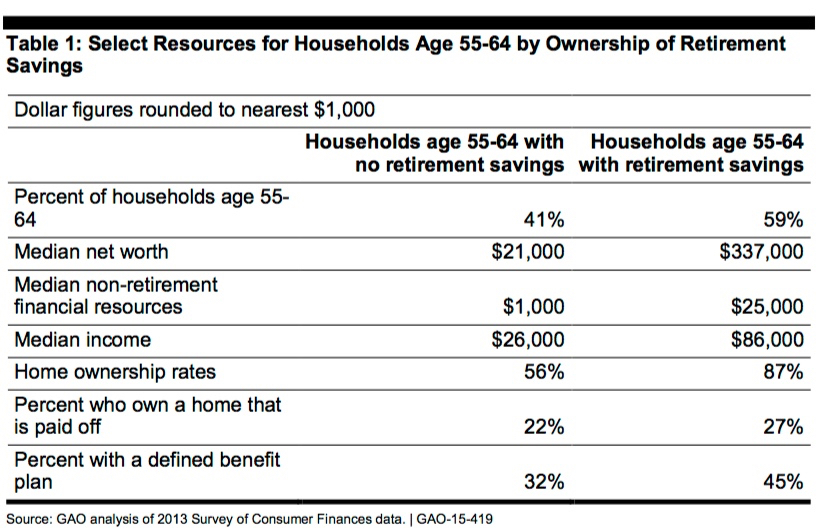 As summarized by the Motley Fool,

This means the median household approaching retirement has a nest egg of between $10,000 and $20,000. This number is drawn down significantly because 41% of these households have no retirement savings whatsoever.

The GAO report points out that people at the low end of the savings spectrum do not necessarily worry or feel they will not have enough, perhaps because of a paid up house, a very modest living style, or whatever.

But, it seems to me that once glance at the chart suggests that in an economy where private pensions are literally disappearing and the personal savings expected to replace the pensions lag, we face a likely problem, perhaps even crisis, in the financial well being of the elder generation in the coming decades. It is insufficient to claim that people should just save more in a time of stagnant incomes. Thus we see increasing conversation around proposals to increase social security, something which I think is virtually inevitable in the coming two decades as elder poverty becomes real.