Self Driving Cars Part of the Future

Self Driving Cars Part of the Future 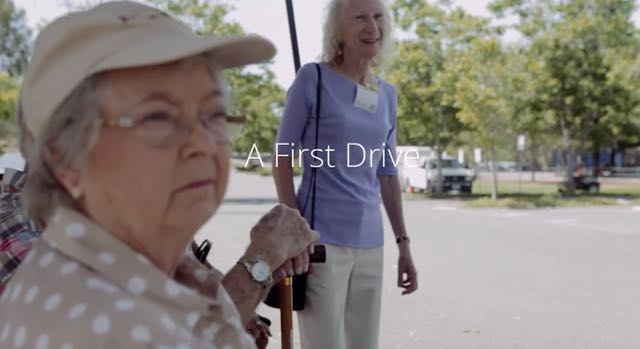 I do think that self driving cars and vehicles are part of a preferred future. I particularly like Google’s approach, which is to eliminate the idea of human driving altogether, getting rid of steering wheels and brake pedals. This video illustrates. Notice in particular how this could work for an older population who does not drive any more, and yet who need to get from point to point in ways that regular transit has a hard time serving.

What I do not know is how we get there. A standard test that I apply to any new proposed development involves three questions…

Here are the biggest hurdles to be overcome…

1. On technologically feasibility, while it’s easy to imagine an all human driver future (the world we have now) or an all driverless car future, it is the pathway from here to there that is the problem. For some period of time there will need to be an integrated system of human drivers and self driving vehicles sharing the roads, and it’s hard to see how that works. Google cars have been test driving in regular traffic for years of course, and maybe that integration is not so hard as I suspect, but in a world of, let’s say, 50% self driving and 50% human driving, I’m not clear if that is possible. So the transition is the big problem here.

2. On the economic side, I’m sure it is already dawning on auto manufacturers that a self-driving future probably means lower car ownership. One estimate I’ve seen is that 9000 self-driving cars circulating in New York City and available on demand could replace 13000 cabs. If the auto industry behaves like virtually all other industries, they will be in Washington DC and in state capitals before too long, asking for a regulatory environment that makes it very hard or impossible to widely adopt self driving cars. In addition, there is something of a backlash going against the sharing economy and against allowing robots to take too many jobs. I doubt these will be major movements, but they certainly exist.

3. Strangely, if regulators can resist industry slow down tactics, the the last hurdle of cultural and political acceptance may turn out to be the easier to overcome.

For more perspective check out this out.