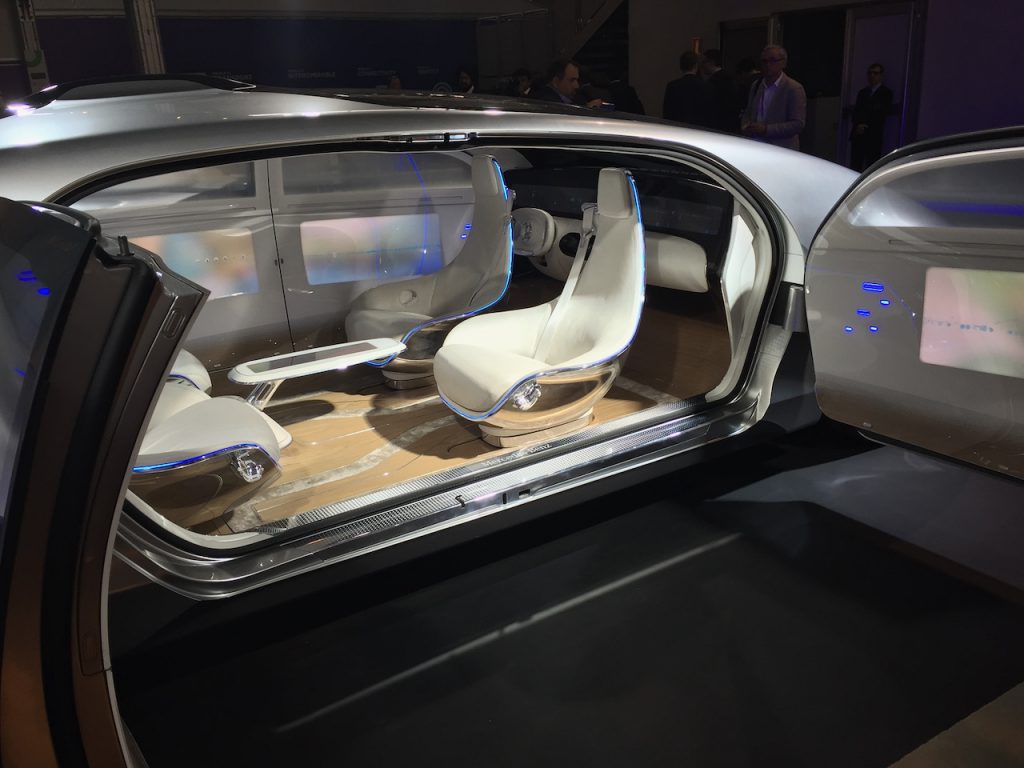 There is little doubt that autonomous, or driverless cars are on the way. I used to think it was a decade out, or more. But given the work that various companies are doing – most car companies as far as I know – it seems likely that a 5-year window from now is not too long. Certainly by then at least a degree of autonomy, perhaps a driverless option on highways and freeways, will be probable. The latest visual splash is the Mercedes seen driving around San Francisco recently.

Prediction: the public acceptance of a driverless car will exceed expectations.

Here is the Mercedes in action…

Update: On March 22, 2015 the auto supplier Delphi Automotive will begin a cross-country drive from San Francisco to New York of its autonomous car, an Audi Q5 outfitted with lidar, radar, and cameras. A human driver will be behind the wheel but will drive only if the car requests help.