My goodness, 2015 is already a month in. I’ve been really busy with programs and travel, and behind on blogging, so have some catching up to do. 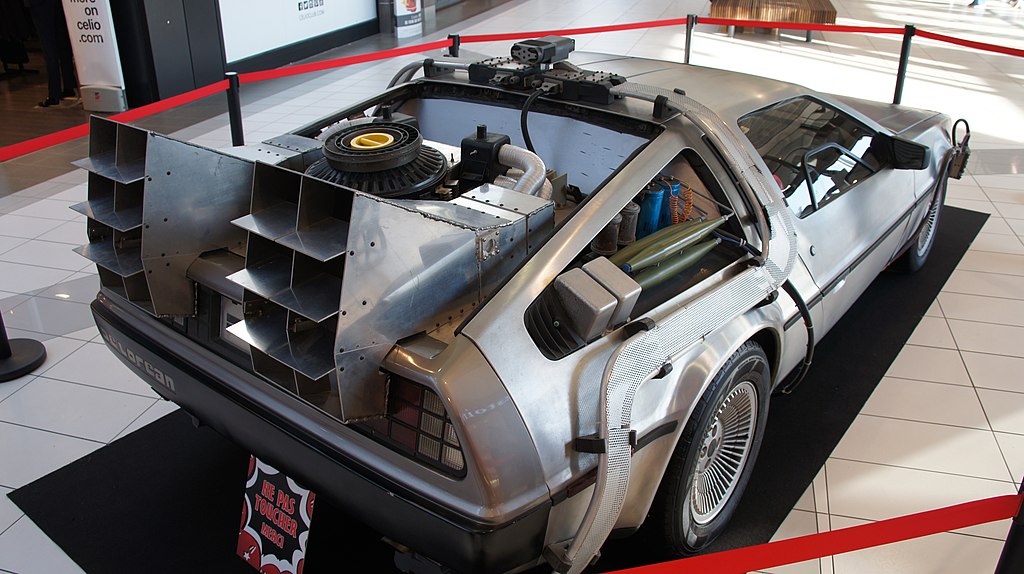 Newsweek did the best in-depth piece with several experts that I have seen, both interesting and entertaining, and and you can check it out here.

A sample from Newsweek…

Glen Hiemstra: They’re in his future house with his future self. And they make the pizza. And then a thing comes down out of the ceiling, which is a big garden thing that has fresh fruit and herbs and other vegetables in it. We do microwave a lot of things. You can go to any outdoor [camping supplies] store and get a pretty wide array of dehydrated food that isn’t that far off from that small pizza.

Syd Mead: No, I don’t remember [how the film depicted food]. I hope it wasn’t pills. [laughs] That was a fixture in future films. Popping steak or spinach or whatever in a pill. I hope it never comes to that.

Newsweek also did a follow-on piece in which they asked Bob Gale, Back to the Future writer and producer, what we’d see in 2045. Really fun, here. A sample…

Of the 1989 sequel, Gale added, “We did a lot of research. We didn’t want it to look completely silly, at least not to audiences of the day. And a lot of the humor is making jokes about the present day. So I’d guess that in the year 2045, there’ll be a Cafe 2015. People will have a big wave of nostalgia about this decade. All of our iPads and electronic devices—they’ll be sitting in antique stores.”

The Post did a video interview and you can check it out here.

From hover boards to flying cars, from self-adjusting and drying clothes to bio-implants, Back to the Future II had it all and was wonderfully imaginative. The more I looked at it, the more amazed I was how a piece of entertainment has stimulated so much thought about the real future.