The Future of Roadways is Solar, and Brilliant

The Future of Roadways is Solar, and Brilliant

We’ve been tracking the progress of Scott and Julie Brusaw of Sandpoint Idaho and their federally supported project to build a prototype for a smart highway that generates power and pays for itself. This is Solar Roadways. We’ve chatted from time to time and I show videos of the project in many of my programs (people love it and are amazed at the audacious idea). This is a project worth supporting. The are launching an Indiegogo campaign on Earth Day, 22 April 2014.

We share their press release below with a photo of the prototype parking lot recently completed. They modestly call it an “intelligent” highway system – but I’d call a road that pays for itself, heals itself, generates solar energy, has built in lighting, and heating that prevents ice and snow buildup, and is made of glass… brilliant! 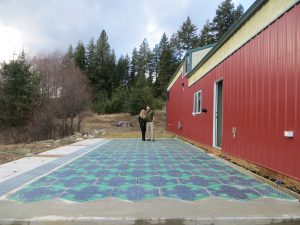 Solar Roadways was tasked by the Federal Highway Administration, with a Phase II SBIR contract, to build a solar parking lot prototype. The first photos of the initial installation have been released. “The basic installation is now done, but there is still work to do before the parking lot will be totally complete- LED patterns, covers for mounting holes and mastic to fill the gaps between panels are still to come”, said Scott Brusaw, co-founder, along with his wife Julie of Solar Roadways, Inc.

“One of the biggest challenges of this phase was to explore and test various glass surfaces and textures and test them for strength, traction and durability and all test results have exceeded our expectations. In addition to the solar cells, the panels contain heaters to keep them snow/ice free and LED lights for road lines and verbiage” , said Scott Brusaw.

The company needs to acquire funding to begin hiring a team, streamline the process for quick and cost effective production, and gear up for manufacturing. To this end, Solar Roadways will launch an Indiegogo campaign at 12:01am EST on Earth Day, April 22, 2014.

The Brusaws plan to locate their first manufacturing facility near their home in north Idaho, but envision facilities in most states and various countries as production ramps up. Solar Roadways has already received an outpouring of interest from potential customers, from their home town of Sandpoint, Idaho to remote areas of the world.

Solar Roadways is a company with a single purpose: to replace our nation’s deteriorating highway infrastructure and crumbling power grid with an intelligent highway system that pays for itself through the generation of electricity and doubles as an intelligent, self-healing, decentralized power grid. 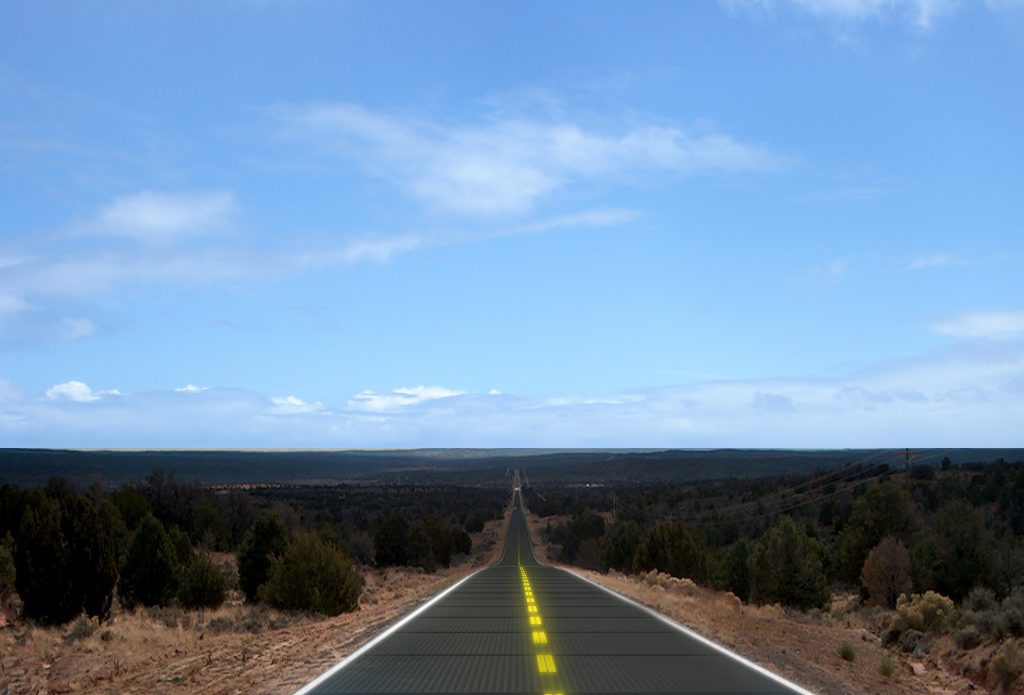