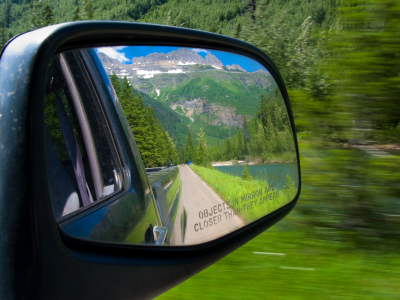 Before we offer forecasts for 2011, let’s review how we did with Outlook 2010

Aging
2010 was indeed the final year of preparation for the age wave, but we made only modest progress in getting ready. The U.S. Health Care bill was the most positive step, as it included some needed adjustments to Medicare, and has the promise of restraining the cost of health care a bit. But as the year closed and the U.S. election took place, 2010 ended with the promise of threats to the social safety net in the U.S. austerity became the new mantra. This echos the political mood in Europe as well. Summary: The forecast was correct, but the policy reaction to the forecast fell short.

Technology
3D was indeed the primary technology development of the year, including the availability of 3D video recorders for personal video production. The consumer uptake of 3D was slow, as the technology was still new and content only now being widely developed. The $100 Genome did not appear in 2010, and in fact now looks perhaps four to ten years off. Summary: The 3D forecast was correct (and is now a common forecast of tech observers for 2011), while the $100 Genome was off-base.

Energy
I suggested that 2010 may be the year, and that the coming decade would certainly be the decade, when we discover that peak oil, defined as the moment when world oil production reaches its historical maximum, was imminent. However, 2010 saw increases in oil discoveries, and a continued slowing of demand growth, such that many experts now believe the peak may be several decades off. The International Energy Agency agrees when looking at supplies, but believes a peak in production could come sooner depending on government policies. 2010 did see intensified interest in alternative energy as forecast, particularly electric cars. Natural gas discoveries were enhanced by the process known as fracking, but, as forecast, the issue of long-term contamination of ground water became more controversial. Summary: Results were mixed – we learned more about Peak Oil, but the timing is more uncertain now than before.

Economy and Jobs
I forecast that 2010 would be a year of slow job growth in the U.S., but in contrast to most observers at the time, argued that we are not in for a period of jobless growth. In fact more than one million non-government jobs were created in 2010, the most since 2006. But this made barely a dent in unemployment figures. I also predicted a better than expected economic recovery in 2010, which by year-end looked accurate but barely. Still not robust, but better than expected. Summary: An accurate forecast as job growth accelerated but slowly. Long-term implications for recreating the 8 million jobs lost in the recession still look positive but will take years. This time, for the first time, it could be that replacement of workers via greater efficiency based on information technology will have a permanent impact.

Demographics and Social Policy
The age wave, which hit shore on January 1, 2011, becomes a big story finally, but unfortunately in a misleading way. There will be a concerted effort to use the age wave and government deficits to justify an effort to permanently cripple Social Security in the U.S. It is true that the Social Security Trust Fund is “where the money isâ€ when you look at available tax money in the U.S. But it is not true, and never has been, that Social Security is on the verge of bankruptcy, or requires massive changes. Simply leaving things as they are enables a full payout of benefits until 2037. Minor changes like an increase in Social Security taxes of 1/20th of a percent per year for 20 years would make the system self-sustaining longer term. The key problem now is deciding what the Federal Government can stop spending on in order to repay the taxes borrowed from the Trust Fund for general use since the Reagan “reforms” of the early 1980’s. There are only two realistic ways to create pools of money that are large enough – either raising general tax rates, or substantially decreasing military spending. Preserving Social Security in the U.S. will be more important than ever, as a declining percentage of aging workers will have company pension programs, and the self-funded 401K programs designed to take their place are both very insecure and on average too small to provide a reasonable retirement for more than half the population. A monumental fight over Social Security looms and the outcome will determine whether the U.S. slips back into significant poverty among the aged.

Technology
3D will continue to grow in the consumer space, but the biggest tech story of 2011 will be explosive growth of tablet computing. Tablets and smart phones will become the most common access devices for the Net by the end of the year.

The Smart Grid will be the biggest large-scale technology issue of the year, as the electricity industry moves more aggressively toward a smarter distribution system. A big issue will be developing the human resources needed to build the smart grid. The other large-scale technology issue will be the continued lagging of the U.S. compared to the global economic tigers in 21st Century development of high-speed transportation systems and hubs. The U.S. will need to get out of its current “can’t doâ€ attitude soon, but this will not happen in 2011 given the political climate.

Environment
2011 will likely be a hot year once again, but the confusing weather signals that result, combined with the deliberate political confusion sown by those who want no aggressive climate policies mean that 2011 will see little progress on national and international policies to slow down climate change. But, interestingly, 2011 will see the most aggressive actions yet by private industry to improve their own profitability by adopting sustainable energy and environmental practices. This includes especially the production of more energy efficient autos, buildings, and appliances.

Energy
A consensus will form that Peak Oil is further in the future than thought a few years ago, unless there are policy decisions to decrease or eliminate the government subsidies provided to conventional fossil fuel production and to price the carbon emissions that come from burning fossil fuels. Since such policies are unlikely, growth in the production and use of fossil fuels is likely. Oil will approach $100 a barrel again, but stay a bit short as producing countries work very hard to keep the price around $90-95.

Economy
As we move through 2011 an economic recovery will gather momentum both nationally and globally. We are likely to see continued global growth in places like China of nearly 10%, in the U.S. of 3-4% and in Europe of 2-3%. In the U.S. this will mean job growth on the order of 1.5 to 2 million new jobs, still far short of “normal” growth after a recession, but as much as twice as good as 2010, which was the best year since 2006. However, gross GDP and employment statistics will tend to miss the deeper stories as the next economy emerges. One question which will become clearer during 2011 is whether we have indeed “reset” the economy, particularly in the U.S., at a lower, more frugal level. About half of the unemployed who found work in 2010 have begun new jobs paying less than the job they had lost in the recession. The other critical story is the continued bifurcation of the new economy into the very wealthy and the poor, with a loss of the middle class. Such a trend, if it continues, takes civilization back toward ancient times when such a split was the norm. Recent research has suggested that such societies are less happy, less stable, and less secure. It does not look like 2011 will be a year in which this trend is confronted, but eventually it must be addressed though social and economic policy.

Glen Hiemstra is a futurist speaker, author, consultant, blogger, internet video host and Founder of Futurist.com. To arrange for a speech contact Futurist.com.