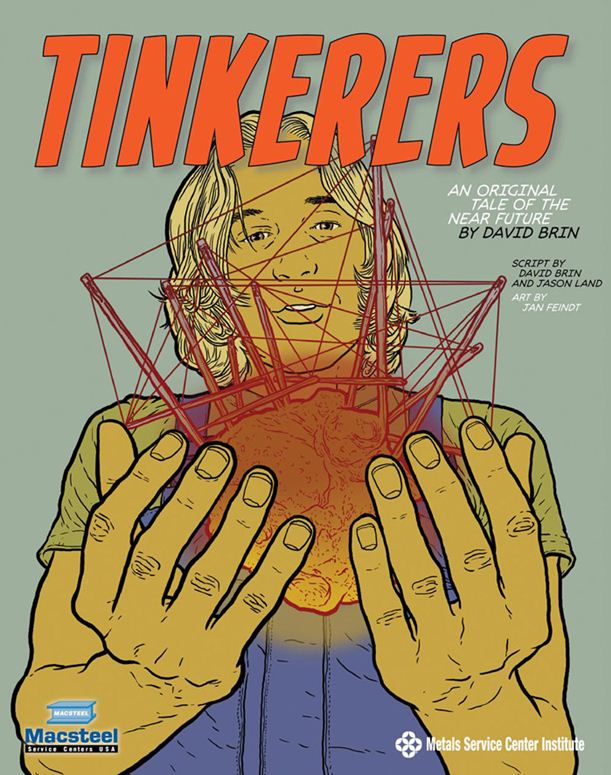 We recently received a Sneak Preview of David Brin’s short, new graphic novel titled Tinkerers. The novel explores US Industrial Decline and Resurrection and is “an original tale of the near futureâ€.   Brin invites you to “imagine a nation that has lost its ability and desire to make thingsâ€.   He walks you through one young man’s “quest to learn the reasons for decline even as he works to reverse it.â€

In my opinion, it’s a sadly truthful story with an inspiring conclusion.   We need to focus on “a future when we fret less about blame, dogmas, or recriminations and care more about doing the next great thingâ€!

Please read the novel and find Tinkerers on Facebook to join the conversation.

Just this week I received an email forwarded from my surrogate grandfather about the changes and challenges facing America and what this means to us in real terms. (Although this came in an email, more information can be found at Business Insider and The American Prospect). Here is just part of his message:

The following are 19 facts about the deindustrialization of America that will blow your mind….

I wish I had a way to fix all of our problems, but I do know that something needs to change. Like Brin said, lets stop playing the blame game and start coming up with some viable solutions.

Writer: Catherine Otten was a Program Manager and Administrator for Futurist.com in 2007 and again in 2010-2011. We lost her to cancer in 2016. An avid outdoors woman and mountain climber, Catherine was especially passionate about the environment.