The View from Space

The View from Space

When the view on Earth is just too depressing, it can be good to leave the planet for while, and contemplate the Universe from space.

Two great recent views are these. First, Earth as seen from Saturn, taken by the Cassini spacecraft and displayed at Astronomy Image of the Day. Earth is the small white dot between the rings, magnified in the cut out. 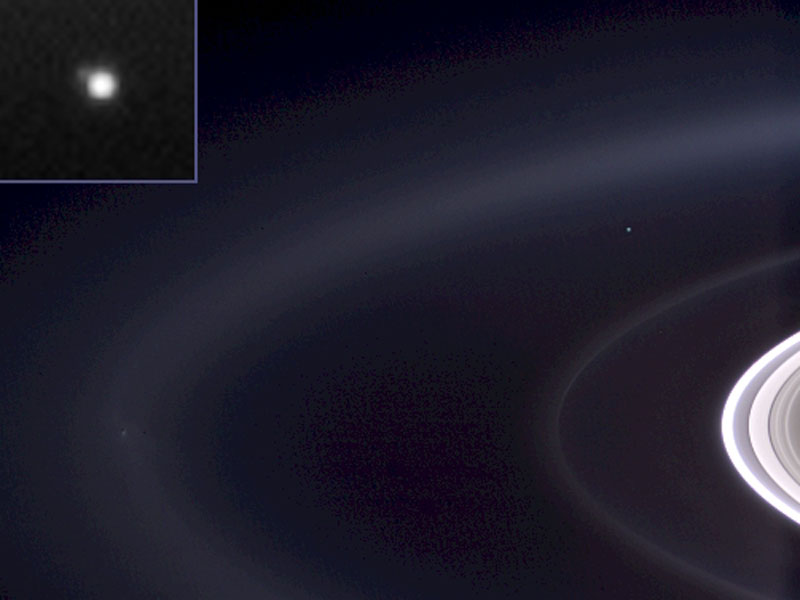 Second, the amazing Mars rovers, slated to wear out many months ago, are still exploring. One, the Opportunity, has been driving around Mars for 21 months, and recently arrived at what scientists think may be the richest site of all those that they have discovered, Victoria Crater. It is layered in a way that will enable them to learn a great deal about Mar’s history. From Astronomy Image of the Day.

Of course, pictures from space are nice, but what is the point? Perhaps ultimately more than exploration. Perhaps survival. Not long ago, the eminent scientist Stephen Hawking noted that humans could have colonies on the Moon in 20 years, and Mars in 40 years. But, he proposed, eventually it will be essential to survival of humanity that we seek homes on other planets, which means outside the solar system. “It is important for the human race to spread out into space for the survival of the species,” Hawking said. “Life on Earth is at the ever-increasing risk of being wiped out by a disaster, such as sudden global warming, nuclear war, a genetically engineered virus or other dangers we have not yet thought of.”